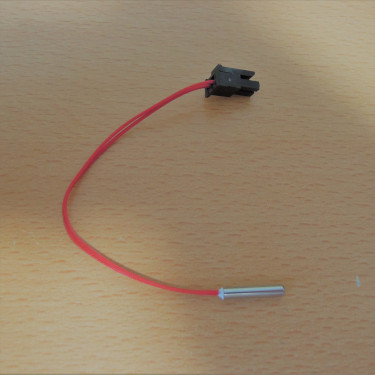 If a graph is drawn, it looks like the figure below. 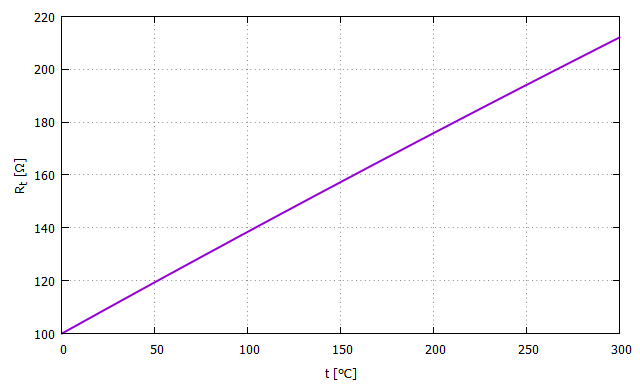 In order to convert the resistance of Pt100 to a voltage and input it to the microcontroller's AD converter, I built a circuit as shown below. Connect Pt100 to the connector J1. 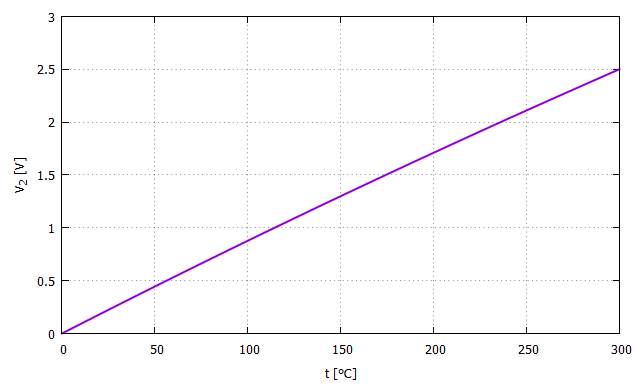 This relationship can be used to calculate \(t\) backwards from the AD conversion result.